Warning: This section contains a description of an eating disorder and self-harming 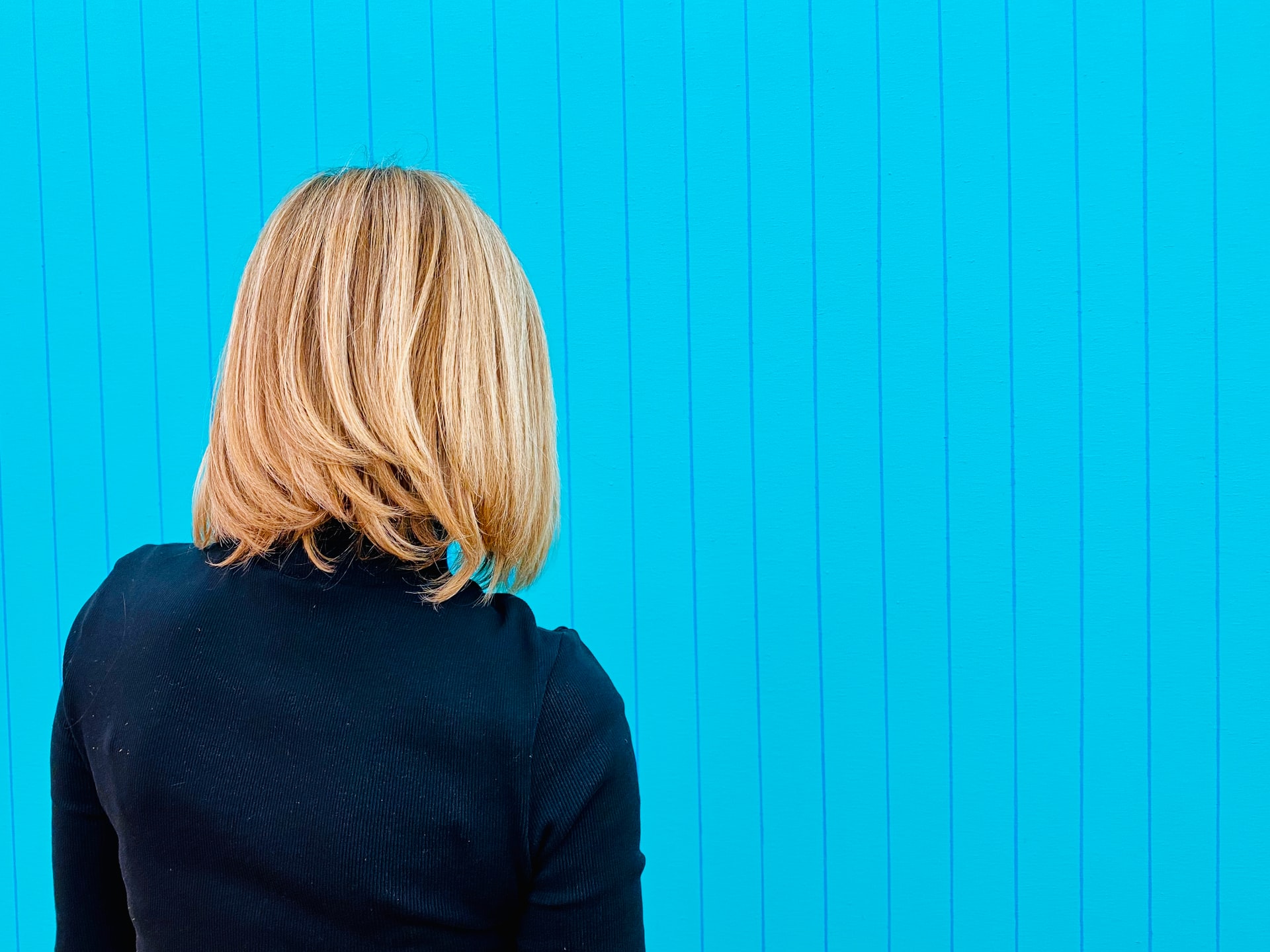 Ever since I can remember I have known there was something different about me. I was convinced I was a girl and even asked my Mum why I wasn’t.  It’s been a long journey to get to where I am today, to feel the way that I feel. Everyone’s journey is different, and this is mine.

I was born In Kent in 1968, a time when transgender wasn’t even a word. Apart from knowing I was different from the other boys, I felt different. I used to dress in my sister’s clothes when I could because in my mind it was the right thing to do.

One day my Mum caught me and told my Dad. He was quite a stern man and when he got angry I was frightened of him. I remember him coming into my room and smacking me (this was the 70s and when children were naughty back then or did something wrong it was usual to smack them). It wasn’t like it is nowadays.

Now my Dad couldn’t be more different. He is a kind and caring a man and has accepted me now with open arms as his second daughter. Anyway, back to my story. My Dad told me I was a boy and boys didn’t act like girls or wear girls clothes and if I ever did it again he would take me up to the school, tell the headmaster (an equally angry and foreboding man) who would put me on the stage in assembly and tell the whole school about me and everyone would all laugh at me. I was totally traumatised.

The next day my Mum picked me up from school. This was unusual as we normally walked home. Instead of going home, she took me to see the Doctor and I remember sitting in the waiting room while she went in. I was then called in and sat in front of a rather old looking Doctor who looked at me quite sternly and told me that I was a boy not a girl, I will never be a girl and I needed to stop doing the things I was doing and act like a boy as I was upsetting my parents and it wasn’t normal to want to be a girl. As far as I can remember I didn’t say anything but when I got home, I remember running down to the bottom of the garden and cried my eyes out. I swore I would never ever tell anyone about me ever again.

Reflecting back on this over the years, I know it was just how people handled things in those days, as I’ve said it was the 70’s and my parents were traditional in their behaviour and outlook on life. Having a son who dressed up as a girl just wasn’t something they could understand so they did what they thought was best and took me to the Doctor.

Sadly, my Mum died in July 2020 so didn’t get to see me transition but I know that she would be happy that I am at last at peace with myself and happy being Katie.

Roll through the many years of me trying to fit in and self-denial, trying to be one of the boys, but dressing as the real me whenever I could. The teenage years came and I remember crying when I had a single hair on my chest and detesting all my male bits wishing I could cut them off. I had various girlfriends but I was always more interested in what they wore, their makeup and how they behaved than anything else. All my friends were getting married as that was what you did so I did the same and married my long-time girlfriend in 1996. I remember getting cold feet the day before the wedding as I knew I never really wanted to get married and I left the wedding rehearsal. I couldn’t face the idea of being trapped knowing I was female and committing to a long-term marriage. My Dad came to talk to me and said I just had to get on with it and make the best of it so that’s what I did.

I always knew that one day I would be my true self, I would be “Katie”. I would fully transition having had all the operations. What I didn’t know was how I was going to do it, so I decided to once again try and suppress my feelings and make a go of my marriage.

This worked for many years, but it became harder and harder to handle and I was suffering from depression. By this time I had become very successful within a large company, my career had really taken off and I was able to hide my feelings by throwing myself into my heavy workload. It was perfect for me to be able to immerse myself in work and not think about how I felt. The downside of that was I became an arrogant self-centred person obsessed with work. In 1997 and 1999 my two children were born, and I promised myself that I wouldn’t do anything to jeopardise their childhood. So, I carried on looking like I was living the dream but was really living a lie.

The years rolled by, and I was starting to control my eating to help me deal with the emotions of being transgender. If I limited my food I could cope with the pain of hating every inch of my body but of course it got worse and worse and I developed anorexia which I still have to try and manage to this day.  My employers noticed how thin I had become so they sent me to the Priory to a psychiatrist to see what the problems were. I couldn’t tell him as his report would go back to my employer, so he diagnosed me with depression and prescribed anti-depressants which was a big mistake. I took them for a few days and felt even worse. By this point I’d also started self-harming. When I had a knife and was cutting my arms or legs I felt better, there were times when I just didn’t want to stop and on two particular occasions I got to the point where I didn’t want to carry on any more. I just wanted to die. I’d been sick and cut myself and was covered in blood and just didn’t know who to turn to. I phoned the Samaritans in desperation and although they are not there to tell you what to do, they are there to listen. It’s an amazing organisation and I owe my life to the person I spoke to. Talking to them made me realise I needed specialist counselling, someone trained to deal with Gender Dysphoria, as that’s what I now knew I had. I looked up a counsellor in my area and came across Denise, who is still my counsellor to this day. I made an appointment and saw her about a week later. I just sat there and poured my whole life story out telling her everything and saying I’m a girl not a boy and I don’t want to go on anymore, I just needed help dealing with it. She told me that until I addressed being transgender the self-harming and anorexia would continue as that was what was driving them as I was punishing myself. Looking back on it now, it’s clear that’s exactly what I was doing.

I would not be here today without the help of three people in my life. The first is the person I spoke to at The Samaritan’s and to that anonymous person I want to express my heartfelt thanks. Denise is another one of those people and the third is Jan. Denise gave me the confidence to be proud of who I am and Jan gave me a future, support, the confidence to be who I am today and amazing fashion advice. She has been by my side throughout my journey from my facial feminisation surgery, breast surgery and my gender confirmation surgery. She has a heart of gold I think the world of her.

So that’s my story, maybe not unlike many of you who are reading this, but I hope it shows that there is light at the end of the very dark tunnel. We all just need someone to hold our hand and walk the path with us.